I’m So Glad You Came can be described as a surrealist male escape fantasy, as imagined by a female. The work was created as a result of feeling systematically dehumanized in my romantic relationships with straight, white, cismen. At the time, I was trying to reconcile my feelings of theoretical feminist empowerment with my daily reality of feeling victimized.

Soliciting the help of a former long-term boyfriend, I created a mother-mold of his penis. Not only did I cast it into a joystick for to be played with indiscriminately by strangers, the mold allowed me to infinitely reproduce and exhibit this part of his body in any way I saw fit. It was both a representation for what he had done, and an inversion of our existing power dynamic.

I had, with his permission, quite literally objectified and essentialized a man who had once had power over me, and rendered my pain into the comically absurd.

Overall, the response to this work was ideal:  One young man described it as “this is my nightmare”. Other men said it was the first time they had ever touched a penis that wasn’t their own. Women were overwhelmingly delighted, many describing it as fun to “be the man” for a change. One young woman quipped “yep, this is exactly how they are.” 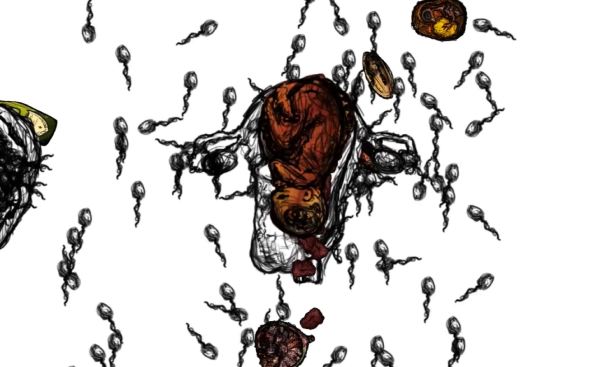