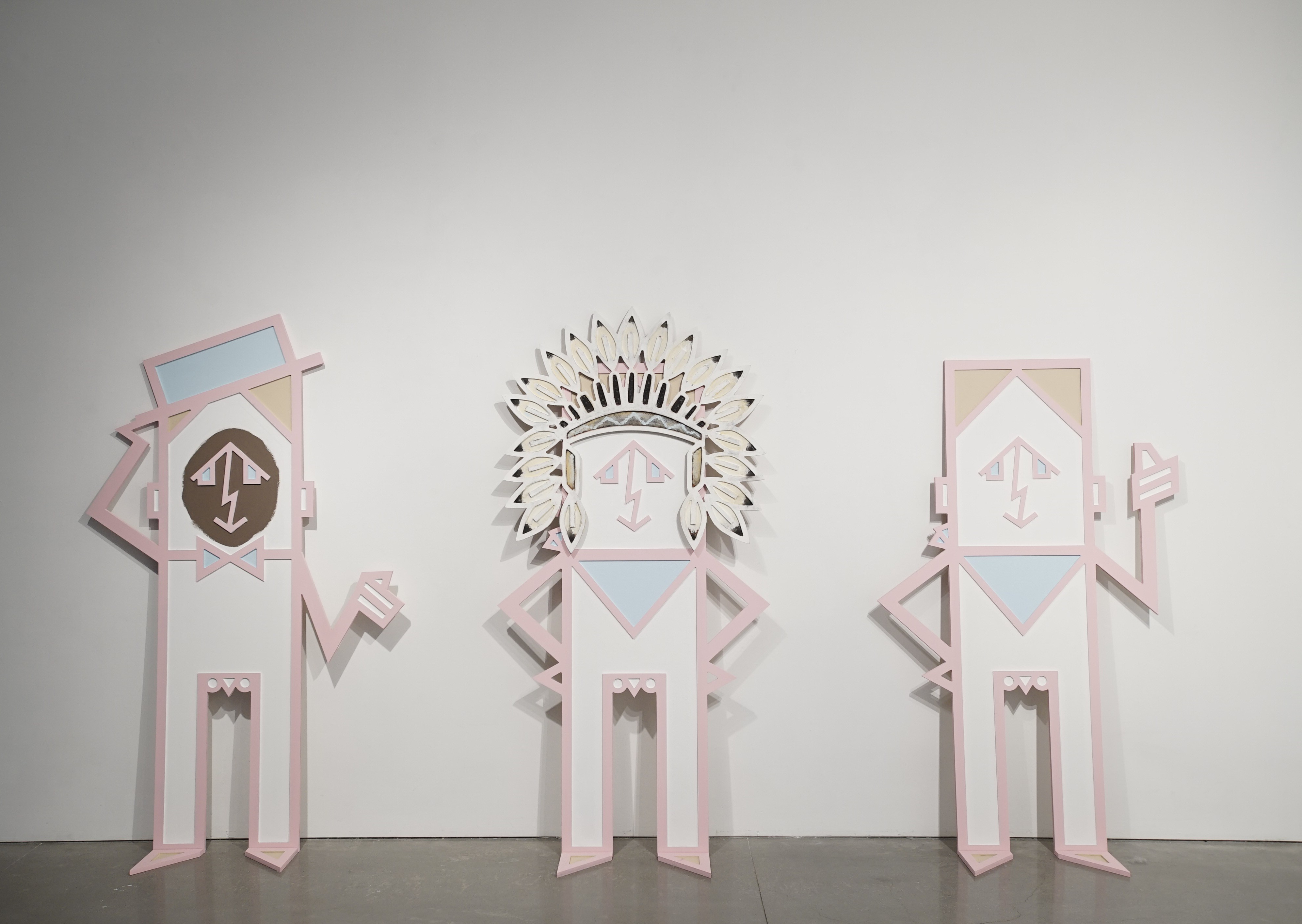 Whitey Vulgar is the formal embodiment of white supremacist patriarchy as it manifests in liberal spaces. Featured here is the installation Life Drawings and its companion piece ‘nilla moments. The scenes and signage feature Whitey in the midst of harmful but well-intentioned antics, drawn directly from real life experiences as a Black person attending UCLA Arts and living in the United States.

Though I chose to portray Whitey as ultimately ignorant of his impact, it could be argued that this false innocence is weaponized incompetence, shielding Whitey from accountability in the face of criticism.