Want to work on this? Fill out our artist intake form here: http://bit.ly/osahlartists

Currently, there is limited representation of Black people in games and digital media. In real life, natural Black hair is considered a liability in academic and professional settings, with Black people being subject to loss of employment, school suspension, or even having our hair forcibly removed before being allowed to compete as athletes. Across digital media, accurate and diverse depictions of Black hairstyles and textures are generally confined to NBA sports video games, but even that representation is only of Black male players. Outside of these basketball video games, Black people, regardless of gender, are often portrayed in ways that are derogatory, inaccurate, stereotypical, demeaning, and otherwise harmful–if they are depicted at all.

The Open Source Afro Hair Library (currently in development) is a free, user friendly, highly curated 3D model database of Black hairstyles and textures. It is a feminist, anti-racist resource for digital artists and 3D content creators. Functioning as both art practice and technological development, the Open Source Afro Hair Library seeks to address the lack of thoughtful representation of Blackness in games, virtual/augmented reality, and other 3D media. By making the Afro Hair Library free and open source, it can have a broad impact on relevant industries and ecosystems by lowering the barrier for all creators–both hobbyists and professionals–to integrate accurate, diverse, and respectful representations of Blackness in digital media.

In popular 3D asset marketplaces where you can download 3D models for free or at a cost, such as TurboSquid and CGTrader (“CG” as in “Computer Graphics”), it is difficult to find appropriate 3D models of Black hair. There are two main issues. The first is a query problem: How does one search effectively for “Black hair”? The second issue is with the quality of the results.

In simply searching for any depiction of Black hair, users must scroll past crude racial stereotypes, and misogynistic representations of women. The top 3 results for “Black Hair” on TurboSquid are 1. A horse. 2. Another horse. 3. “Long Black Anime Female Hairstyle” – which is 30% a long black wig, and 70% a nude, hypersexualized 3D model of a young woman with exposed breasts. The results from CGTrader include a bear, a cow, and a beard affixed to a white male character model. To illustrate the second problem, searching for other terms, such as “Afro Hair” and “African American Hair”, return depictions of Black people that include: “Afro American Homeless”, “Safari Animal Pack”, generic “african” or voodoo warriors, and a particularly disturbing model of a fully nude Black woman, squatting with her knees spread apart, her wrists tied behind her back, and a rope around her neck. These results are consistent with a form of algorithmic bias that Safiya Noble has described as “technological redlining.”

In addition to being an inclusive media resource for Black ethnic hair, the Open Source Afro Hair Library also functions as a creative intervention into white-male-capitalist dominated tech spaces. Struggles with diversity and inclusion are well-documented within the tech industry, both in terms of who is represented in media products and who is producing that media. Despite a desire in many open source communities to make accessible software-based tools and resources, open source is even less diverse than the tech industry overall. I believe the the Open Source Afro Hair Library can do some of necessary cultural work to facilitate a more inclusive community, similar to efforts by Processing Foundation and their global, decentralized Processing Community Days.

I am modeling the Open Source Afro Hair library as an impactful tool similar to other open source software-based interventions such as Twine, Processing, and Makehuman, but that is explicitly designed to uplift and empower marginalized groups. The use of the term “Afro” in the Hair Library is not just an ethnic description, but a political one, and my vision for the library is that it will be inclusive of all ethnically marginalized hair textures and styles.

research images collected in 2019 and 2020 from cgtrader, turbosquid, and other 3d asset marketplaces 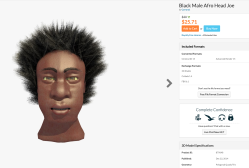 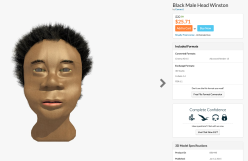 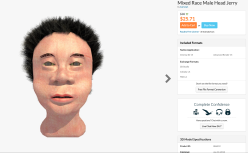 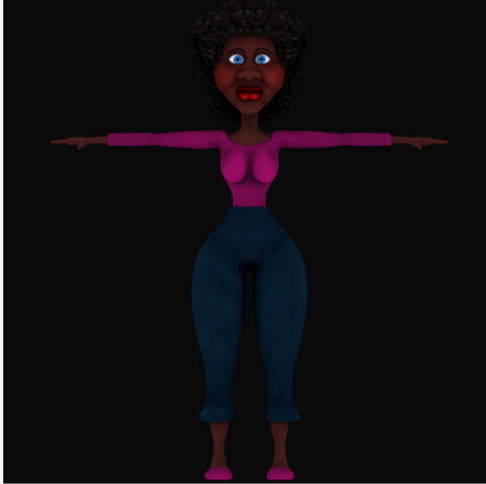 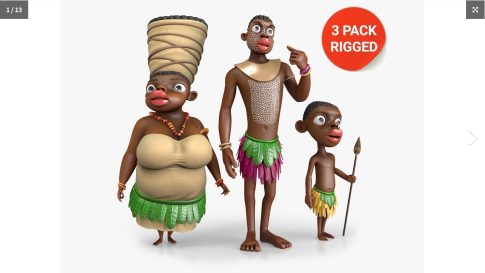 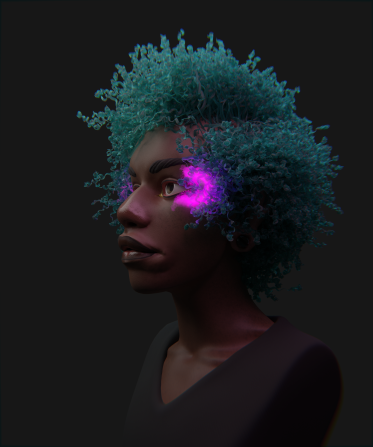 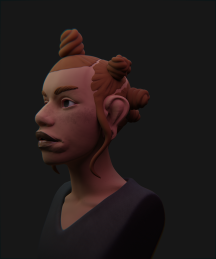 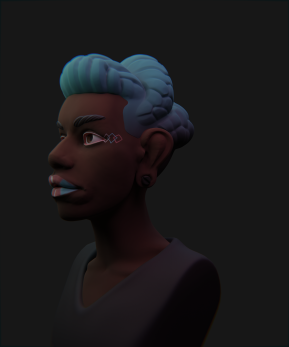 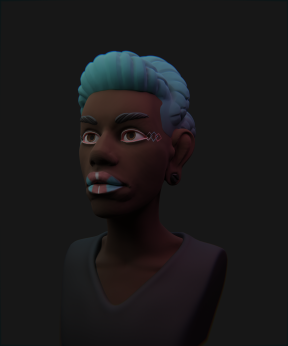 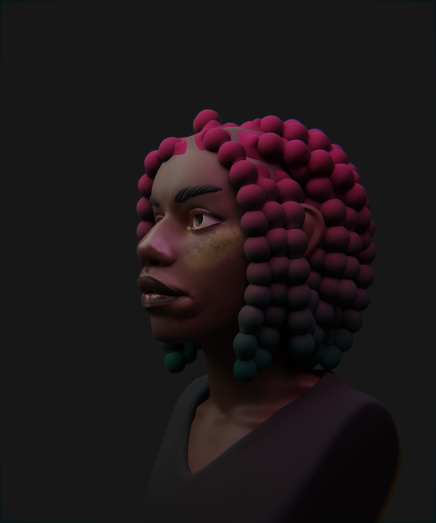